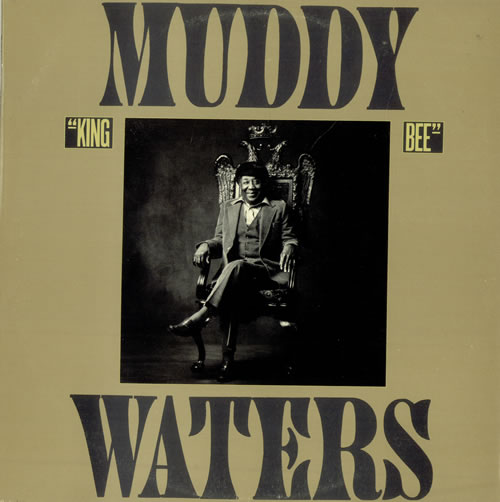 Wiki: King Bee is the fourteenth and final studio album by blues singer and guitarist Muddy Waters. Released in 1981, it is third in a series of records done for the label Blue Sky Records under producer/guitarist Johnny Winter. Recorded in three days (and in the wake of Muddy’s failing health) some of the band members, namely Winter and guitarist Bob Margolin, were not happy with the result. As his health deteriorated, Muddy was forced to cancel an increasing number of shows. He died of a heart attack on April 30, 1983.

The album was recorded in May 1980. A salary dispute between the band and Muddy Waters’s manager, Scott Cameron, halted the session. Eventually the album was completed by using a couple of outtakes from 1977’s Hard Again.